MAXTRAX recovery devices have been around for a long while. Now, with replaceable teeth, the XTREME takes this technology to a whole new level.

We wouldn’t go outback without our MAXTRAX and although they’re not the only recovery device we rely on, they’re the first we’ll try and often all we need.  If I'm being honest, I even have a set in my own car that come with me to the shops (I know I should take the unnecessary weight out, but I’m lazy).

Some things should be celebrated and Aussie ingenuity is one of them. I’m certainly fond of it. The serenity of being stuck in outback Australia and having such a proudly Australian product come to the rescue tugs at my heartstrings.

Founder Brad McCarthy conceived the idea of MAXTRAX back in 2001 and began mass production, locally, in 2005. In 2010, the MKII made its debut with better usability through new handles and a design that had more ridges and edges to create a stiffer but still lightweight board. Now, the latest iteration is taking the concept to a new level. 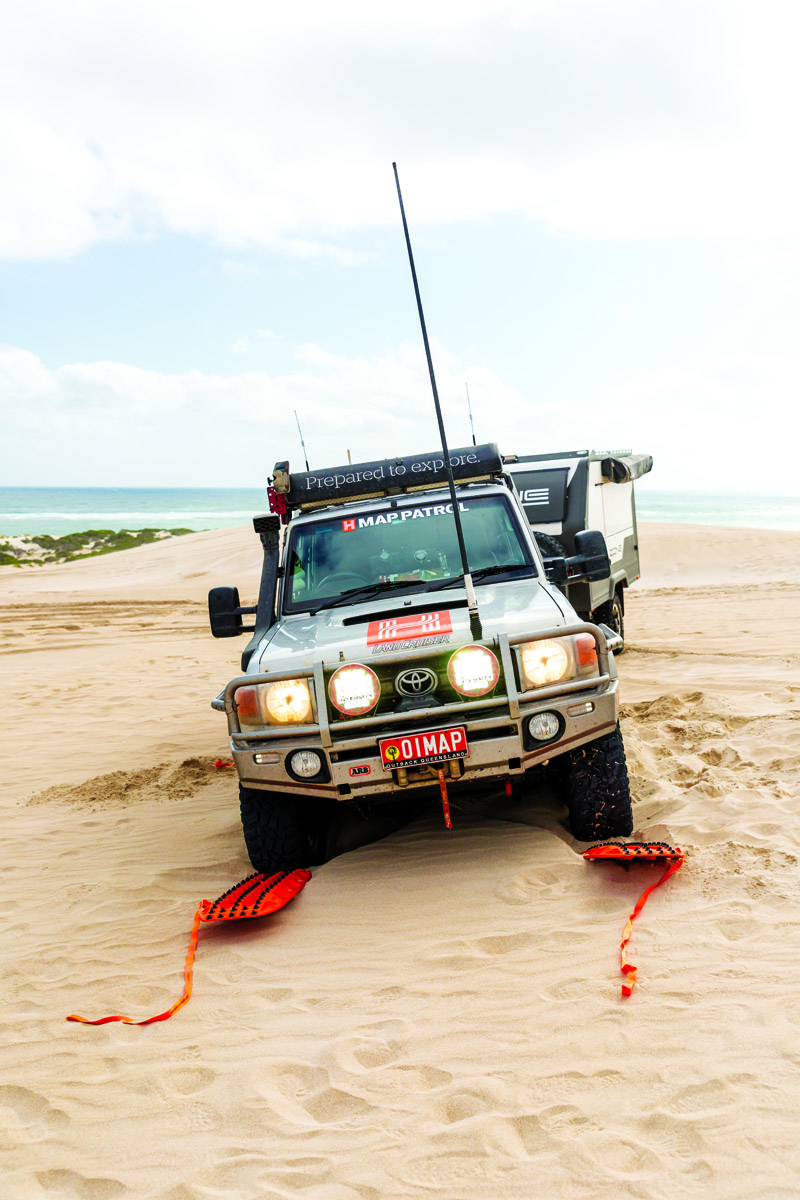 Brad came with us on our Great Australian Bight Expedition late in 2018 and before signing on, told us he wanted us to evaluate the latest generation, dubbed XTREME. We told him we would be running close to 5000kg GVM per rig – when taking into account the Zone Expedition campers being towed, and that we would be running mud tyres – it was concerning for us, but to Brad, it was perfect. He was happy for us to give them a flogging.

Those that run tough tyres, like the Coopers, and have used MAXTRAX, know it’s not hard to burn through their moulded teeth if you start wheel spinning aggressively. It doesn’t happen immediately, but it can, and for a reason. It’s better to have the boards give way than to have your tyres tear up on boards that are too harsh. After all, you can always dig some more and readjust the position of your MAXTRAX, but replacing tyres while stuck is far from ideal.

Brad told us he has had the XTREME in testing for almost two years, both in the lab and in the field. We had a set of four on each vehicle and, by the end of the trip, had used every board at least three times.

I’ll admit, I was the first to need help when I sunk the extended wheelbase of the Hema 79 Series to its axles, on a beach near Ceduna, SA. I won’t claim the sun blinded me, or that a seagull took my attention. I simply didn’t heed Brad’s advice.

Shortly before we hit the beach, Brad warned us that the sand was best nearer the dunes – the opposite of the usual scenario of harder, packed sand near the waterline. I found myself stopped only four metres from the crashing surf, with an incoming tide and some work to do.

A bit of digging and planning routes for once we were moving, and the XTREMEs did their job in the end. I had to work the clutch aggressively on the heavy 79 but once I created enough momentum, I ploughed on to the cheers of the rest of the crew.

With the XTREME, the once moulded teeth have been superseded with replaceable aluminium-alloy teeth.

You might be thinking that alloy will tear your tyres apart. That's one thing we were there to help find out.

After our first experience of really pushing the XTREMEs, I was keen to see how the teeth and tyres held up. In my effort to create momentum, I had spun the tyres a fair bit, so I expected to see our set of Cooper Mud Terrains look worse for wear, but they appeared largely unaffected.

Closer inspection of the boards showed a couple of teeth had chipped edges but none had snapped or burnt down like I would have expected of the original or MKII MAXTRAX.

Brad was on hand to show us how to replace the teeth. It’s as simple as a stud on a footie boot. Just screw out the broken tooth and screw in the new one.

Spares will also be available online and no doubt cheaper than replacing an MKII board at $299 per pair.

The design is similar to the MKII MAXTRAX. There are handles either side that allow the board to be used as a makeshift shovel and both ends are chamfered, unlike some of the copycat boards on sale today. They also stack neatly with the MKIIs, though sit taller, so new mounting brackets might be needed for anyone upgrading.

With the XTREME’s replaceable teeth adding durability, they are a worthy upgrade from the original or MKII MAXTRAX and definitely a must-have for anyone planning to head to the outback.